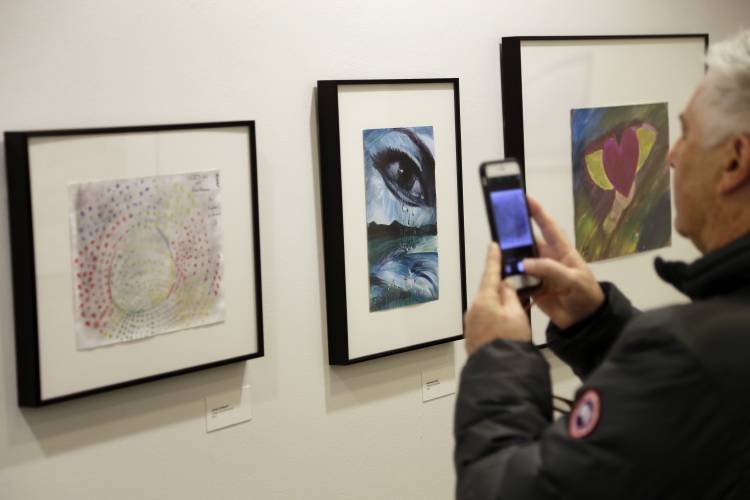 A man takes a picture of artwork made by detainees of the Guantanamo Bay Detention Camp at an exhibit at at the John Jay College of Criminal Justice in New York, Monday, Nov. 27, 2017. The artists, current and former terror suspects at the notorious Guantanamo Bay detention center, drew protest and prompted the Pentagon to bar the further release of works created at the military-run prison. (AP Photo/Seth Wenig)